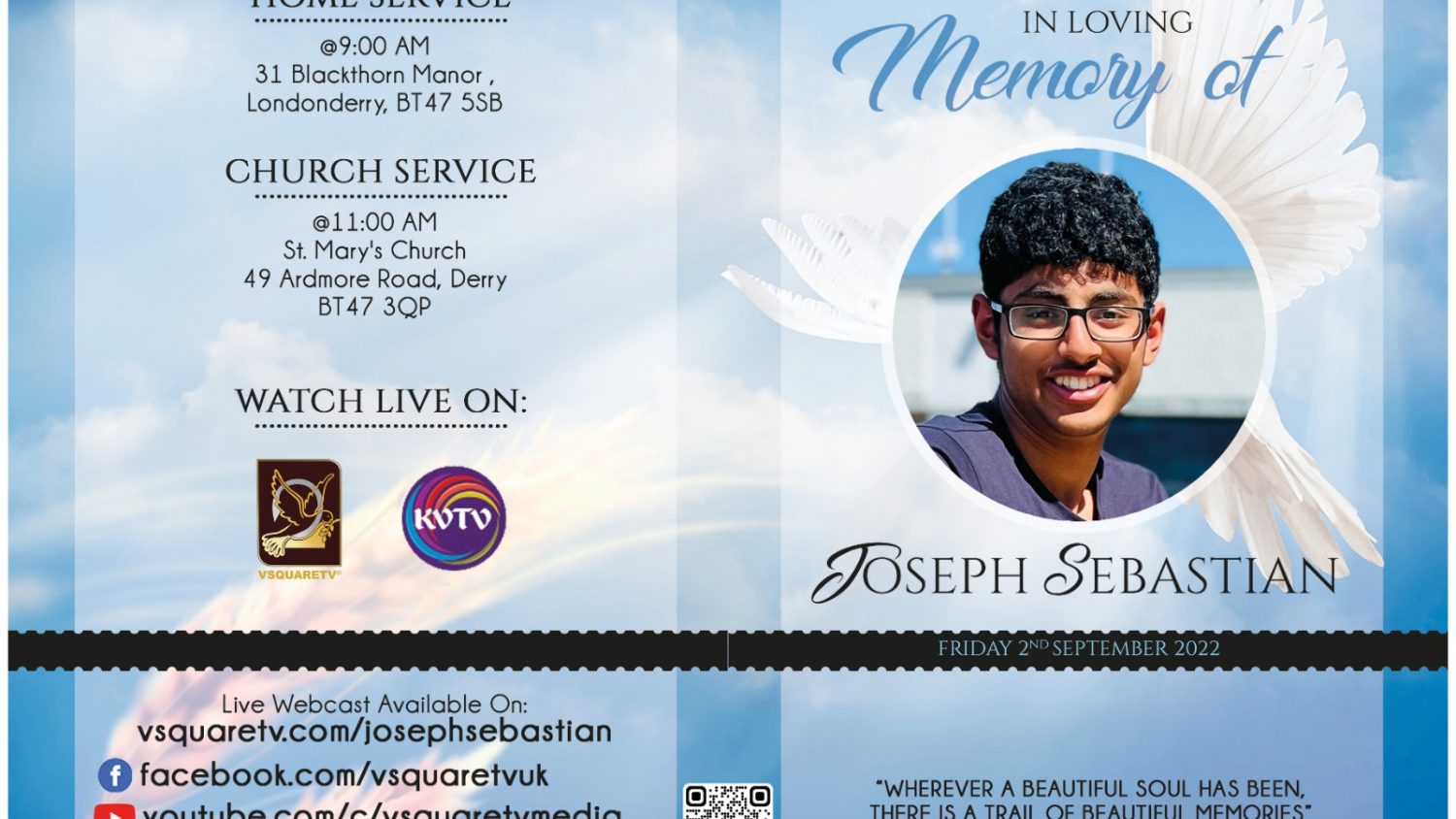 Two teenage boys who died in a Co Derry lough were “a huge gift” and the tragedy has been a nightmare for their families and traumatic for the local community, mourners have heard.

Reuven Simon and Joseph Sebastian, both 16, died after getting into difficulty while swimming at Lough Enagh on Monday evening.

The congregation at their joint funeral service heard their deaths were “nothing short of unbearable”, as the boys’ best friends described them as fun, compassionate and inseparable from one another.

The boys were from the city’s Indian Keralan community and had been due to return to St Columb’s College after receiving their GCSE results last week.

Crowds filled St Mary’s Church in Ardmore on Friday and several hundred more people gathered outside for the service.

The mass was conducted according to the rites of the Syro-Malabar Church and incorporated the music and language spoken in the Indian state of Kerala.